I officially joined Planet fitness yesterday.  I paid for a whole 18 months up front.  I figure if I’ve paid for it, I’ll feel more obligated to go often and not goof off.

The goal is to lost all the weight I gained since the heart attack.  I probably wouldn’t have gained so much if I hadn’t quit smoking then too.  I haven’t had a cigarette since August 17th 2011.

My goal is to lose what I gained plus a few pounds.  I vow to tone up, thin down, and keep you posted.

Why?  Because this is my life and I want to live it.

Day one of the diet begins today.

The first thing I did yesterday when I got out of bed was to weigh myself.  I will do this every Tuesday from now until I hit my goal.  Until I hit my goal, you will not know my beginning weight.  I will, each Tuesday, tell you the amount of loss or gain I have achieved.

Your mission, if you choose to accept it, is to cheer me on.  You can also kick me for not losing if you must.

I wish my printer would work with my computer because I would scan and post the picture  of the me that I intend to be again.

I dragged out some of my very skinny me pictures and have them placed in strategic areas about the house.  They are to remind me of my goal.  My goal is to get back down to that weight.

Next step is to get more exercise, that begins on Wednesday when I join the gym.  Any of my friends that wish to join me are welcome to but please do not sabotage me.  I am doing this for me, for my heart, for my health, and for my aching knees.

Wish me luck!  I have failed on this a lot lately due to the tremendous stress here, laziness, and stress eating.  I must get this under control.

Enough tears of my own

If you see or receive something in your e-mail that makes you cry, please don’t send it on to me.  I have enough to cry over on a daily basis.

Please do not send me pictures of abused animals and ask me to donate money to your cause.  I won’t look past the picture and will delete it immediately.

Do not send me prayers and other religious things, I probably do not share your beliefs.  Do not send me any chain letters or other such crap.  You waste my time and yours.

Do send me news of your accomplishments, your family, and your pets antics.  I am glad to hear and receive real news of you at any time.

With the dawn’s light, they both awakened.  McDougal stretched and led his mistress outside to a nearby stream to drink and for her to wash.  Cragger stoked the fire and readied a meal.  It would seem to an outsider that they had done this forever they looked so comfortable with the routine.

McDougal surprised them by catching three trout.  He would pounce in the stream, his head disappearing under the water, and reappearing with a trout in his jaws that he would drop on the bank next to his mistress’s feet.  She promptly set to cleaning the fish using a small blade that Cragger gave her to replace the crystal one he now had in his keeping.

Cragger had oats boiling over the fire and raised an eyebrow at their fortunate addition to their breakfast.  “You caught these?”  He asked as he took them from Mavelle’s hands to cook.

“Not me, McDougal.”  She laughed when Cragger turned to stare at the dog who sat nearby wagging his tail.

“Handy creature, this giant of a hound.”

“You have no idea how handy he is.  This one was trained for war from birth with the rest of his litter.  Unfortunately, for my father’s trainer, McDougal prefers to be with me.”  She threw her arms around the dog’s neck.  “He’s my baby.”

All the better to play indoors

Oh, such cold weather…none of us wanted to go out for any longer than necessary. 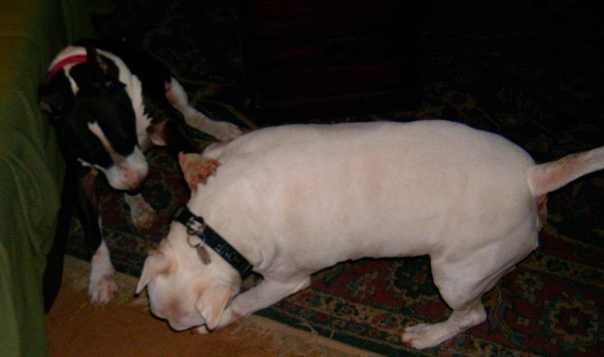 For sale…oh yeah, I still have them.

I know what I’ll be doing some days this Spring or Summer.  I’ll be hunting down antique shops and flea markets where I might find someone interested in these dishes and several other items I still have here taking up valuable space.  The Curmudgeon and I have no use for them, we’d rather have more room.

I have a small house and very little storage space.  I am tired of tripping over these things or having to move them around all the time.

You all have a good one. 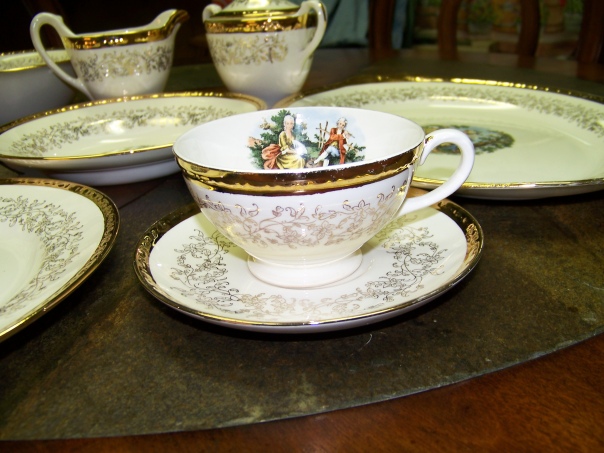 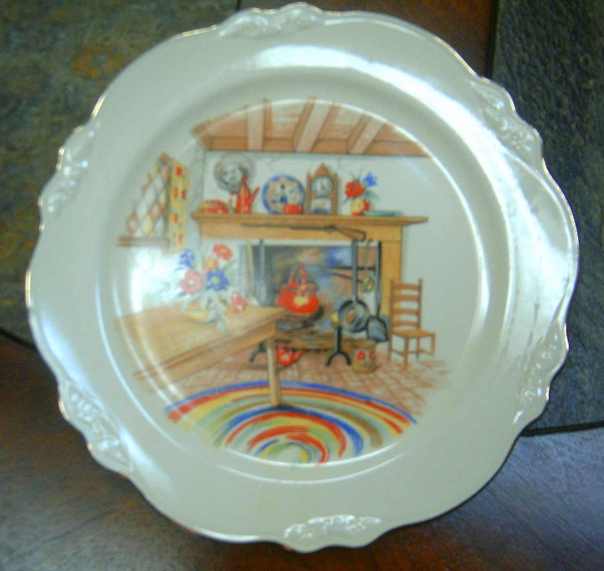 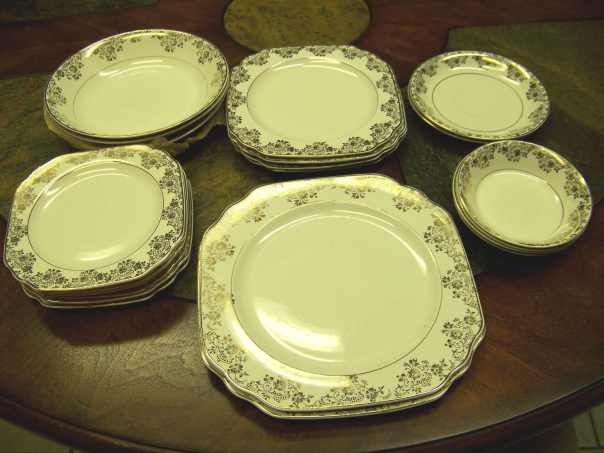 Will the cold and wet weather never cease?  Yesterday we managed to have snow, sleet, and rain.  The dogs were not happy campers.  They like sunshine and warm.  They take after me.  😀

Today our high will be 30 degrees and our low 18.  Wind chills will drop that even more.  Yikes!

I can see the dogs now.  Patty will hold it until her bladder reaches almost bursting level before she asks to go out.  Gavin will still want out every five minutes.  Therefore, both dogs will go out often, because if one goes the other goes.

I am not putting on my jacket and taking one out without the other going too.  I have done the take one out, come in, other one not in sight, remove jacket, settle comfortably, and then the other one rings the bells to go out.

Not going to happen.  If one goes so will the other.

There will be no 2013 Pennwriters conference for me.

To all my Pennwriters friends… I will not be attending the Pennwriters conference this year.

The Curmudgeon’s tests have shown that he is having some seizure activity and he is not allowed to drive for a while. I do not feel as though I can go that far away from home for that long now.

I am crushed, heartbroken, devastated, and I will miss you all very much.

Tax season joke…because we all need to laugh.

The IRS decides to audit Grandpa, and summons him to the IRS office. The IRS auditor was not surprised when Grandpa showed up with his attorney.

The auditor said, ‘Well, sir, you have an extravagant lifestyle and no full-time employment, which you explain by saying that you win money gambling.

I’m not sure the IRS finds that believable.’

I’m a great gambler, and I can prove it,’ says

Grandpa. ‘How about a demonstration?’

The auditor thinks for a moment and said, ‘Okay. Go ahead.’

Grandpa says, ‘I’ll bet you a thousand dollars that I can bite my own eye.’

The auditor thinks a moment and says, ‘It’s a bet.’

Grandpa removes his glass eye and bites it.

Grandpa says, ‘Now, I’ll bet you two thousand dollars that I can bite my other eye.’

Now the auditor can tell Grandpa isn’t blind, so he takes the bet.

Grandpa removes his dentures and bites his good eye.

The stunned auditor now realizes he has wagered and lost three grand, with Grandpa’s attorney as a witness. He starts to get nervous.

‘Want to go double or nothing?’ Grandpa asks ‘I’ll bet you six thousand dollars that I can stand on one side of your desk, and pee into that wastebasket on the other side, and never get a drop anywhere in between.’

The auditor, twice burned, is cautious now, but he looks carefully and decides there’s no way this old guy could manage that stunt, so he agrees again.

Grandpa stands beside the desk and unzips his pants, but although he strains mightily, he can’t make the stream reach the wastebasket on the other side, so he pretty much urinates all over the auditor’s desk.

The auditor leaps with joy, realizing that he has just turned a major loss into a huge win.

But Grandpa’s attorney moans and puts his head in his hands.

‘Are you okay?’ the auditor asks.

‘Not really,’ says the attorney. ‘This morning, when Grandpa told me he’d been summoned for an audit, he bet me twenty-five thousand dollars that he could come in here and pee all over your desk and you’d be happy about it.’

I do wish I’d grabbed my camera yesterday when The Curmudgeon’s friend showed up.  Gavin and Patty were so excited to see him I thought they’d mow him down.

When he finally sat down on the couch both dogs took that as an invitation to roughhouse.  He took it in good spirits because he needed doggy attention.  He recently lost both his dogs mere weeks apart.  By the time he left, he’d been thoroughly loved on by my two.  They make good grief counselors.

We told him to come back any time for a doggy fix because they certainly enjoy the attention. 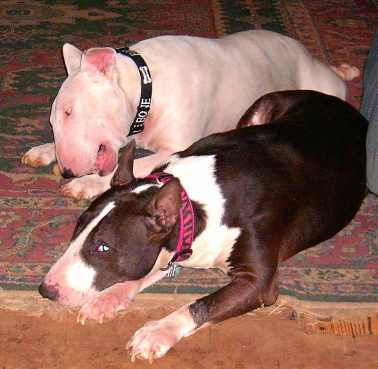