With the expectation of high winds of 60 mph I might not be posting tomorrow.  It all depends on if we have damage here or not.

There is also the possibility of trees coming down with the ground so danged wet.  We’ve had the weirdest weather the last couple of years.

You all have a good one and stay safe.

Face Off on Syfy

Face Off, do you watch it?  I’ve been watching since the first one because I love Hollywood make up and props.  They’ve had some great artists go through.  The previews for this season seemed to promise even better.

I have to say that this bunch has me very disappointed.  So far, only two out of the entire group have shown any promise.  Color me blue.  I am sad.  I hoped this season they’d really knock my socks off, but so far, they have all disappointed me.

If you watch the show, please tell me what you think.  Are you disappointed with this group too?

A large tear rolled down Cragger’s face.  “Grandfather led a group of miners into the mine, the first shift after the decision to mine the one tunnel.  Hours passed and one mine car after another arrived outside loaded with fabulous jewels.  Everyone celebrated their new-found wealth.”

His hand trembled.  He swiped tears from his eyes, and continued his tale.   “No one knew what to think when the mine cars suddenly stopped coming.  Hours passed and no cars arrived on the surface.  Finally, in the distance, one could hear mine cars approach.  No one expected the sight that met their eyes when the cars exited the mine.”  Cragger’s voice cracked.

“Please, stop and drink.”  Mavelle feared what he’d say next and wished to put it off for a few minutes.

The Dwarf drained his wine-skin, took a few deep breaths, and began to recite his tale of horror.  “Blood, bodies, body parts, none alive.  Not one survivor in the first four cars that reached the surface.  The fifth car was the worst, two of Grandfather’s brother– one alive and broken, the other dead and torn apart.  Grandfather alive, bloodied and half out of his mind pushed the cart the entire way.  He raved about a monster.  A rock troll.  After that day, he swore he’d never enter a mine or any underground again for as long as he lived, and he lived another six hundred and seven years.”

Piles of laundry, sweet-smelling, fresh, clean, folded and put away.  I may not have accomplished much yesterday, but I did do that.

I wanted to work on my fairy tale and two of my books but there’s no such thing as concentration around here these days.

The Curmudgeon was on one of his ‘let’s see how far I can push her to the edge’ days.  The pups wanted out every five minutes.  If I sat down at my computer, the phone rang, almost as if it were connected to my desk chair.

Two days of warm temperatures ahead, I’ll add water to the pond.

Updates for the week.

Waking up well rested, finding The Curmudgeon in good shape, the dogs fed and taken out…that’s a good day.

We  didn’t get a lot of snow.  I heard ‘AJ Wildflower Landscaping’  shoveling our sidewalk and drive around 5 this morning.  So glad I don’t have to do it.  I adore AJ,  she does a wonderful job.

The dogs were quiet and cuddly all day.  I guess they figured we needed a break.   LOL!

Not a good day.

I woke VERY early to The Curmudgeon yelling.  I leapt out of bed and dashed downstairs to find him flat on the floor and unable to pull himself up into his chair.  I cannot lift him when he’s like this because he’s dead weight.

I dialed the neighbor’s number, handed the phone to The Curmudgeon, and ran back upstairs to get dressed.  A minute or two after returning downstairs, the neighbor was here to help.

Our neighbor lifted The Curmudgeon into his chair after a couple attempts.  The rest of the day The Curmudgeon spent recovering.  After a long nap and by dinnertime he was doing better.

I don’t know what I’d do without our neighbors.

I am so tired that I really don’t have the brain function to sit here and write a long and involved blog post.

I don’t think I’m coming down with something I think I am merely suffering from being awakened every day this week by Mr. Gavin screaming for his breakfast.  Not enough sleep makes the brain go into shut down mode. 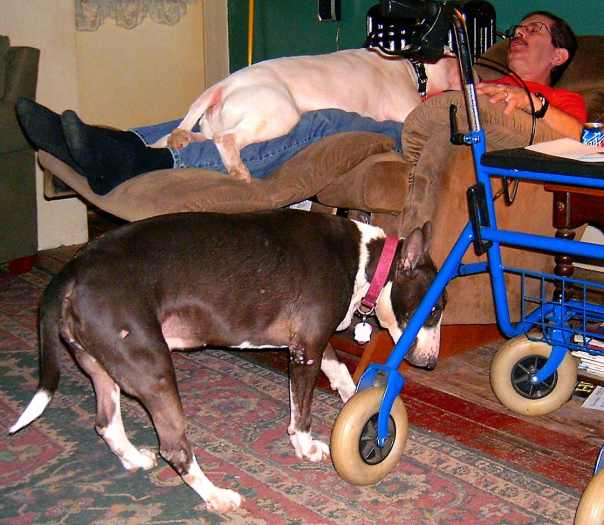 Picture day …again…yes, I am lazy 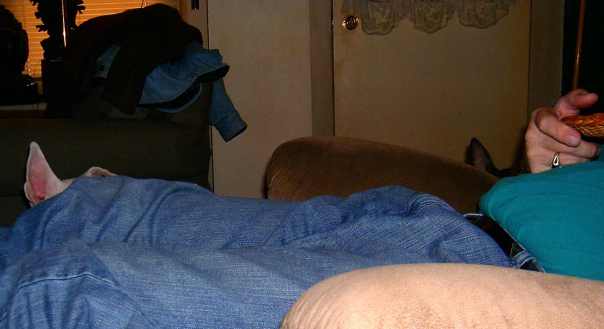 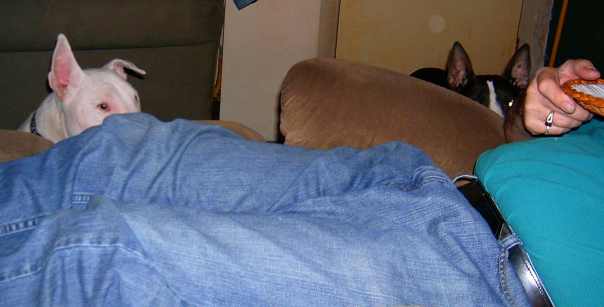 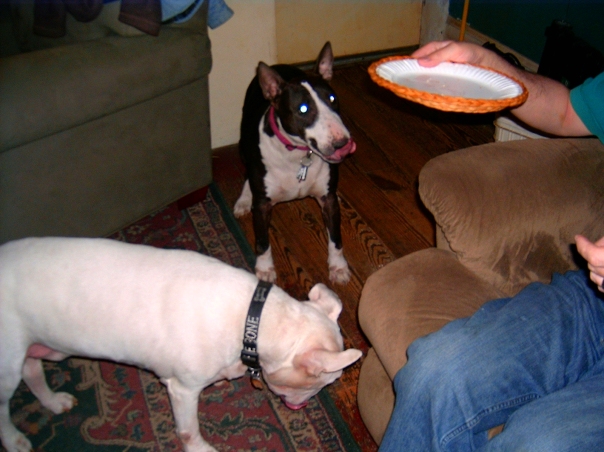 I took G out for lunch to celebrate her birthday.  We went to Red Robin.  Gee, going out twice in one month is unusual for me, but how odd is the same place twice?

Anyway…back to Red Robin’s…we both had turkey burgers and they were scrumptious.  Juicy not dry, and well seasoned, not bland.  Color us pleased.

Actually, we went there because it is close to the gym I wanted us to take a look at, we like it.  We’ve both been complaining about needing more exercise.  I suggested checking out a gym and another friend told me to check this place out–glad she did.  We’re going to check on a yoga studio next and then make a decision.  I’m betting the gym because it is more affordable.

Hehehe!  You all have a good one!

Is anyone else dying for this to come back? 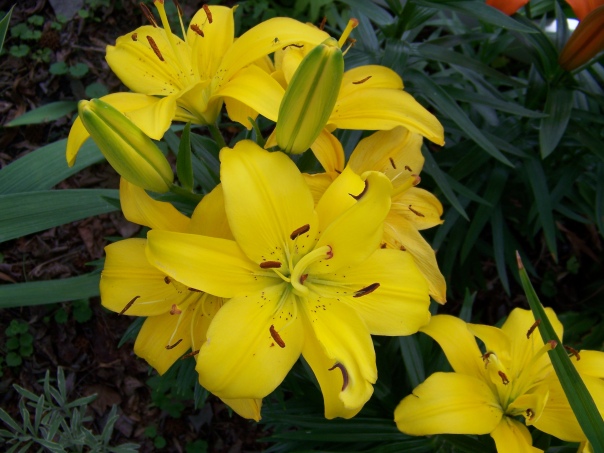 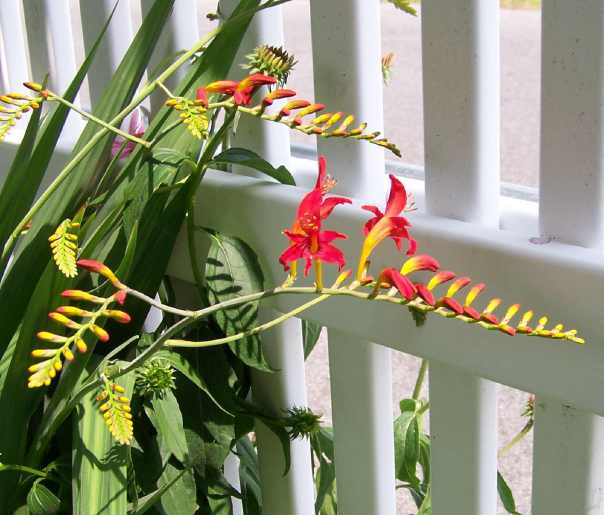 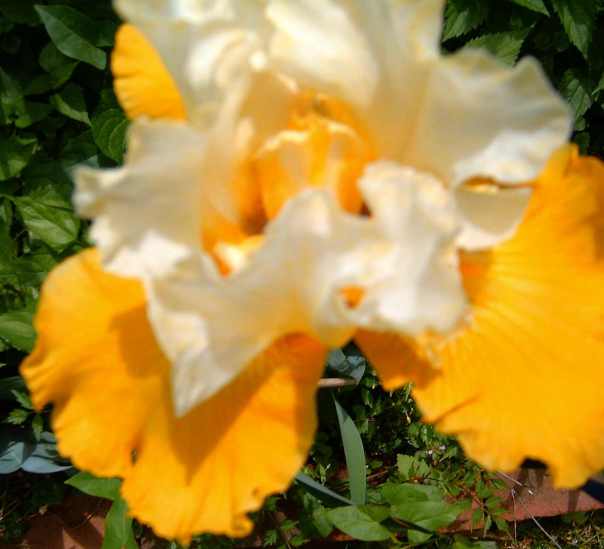 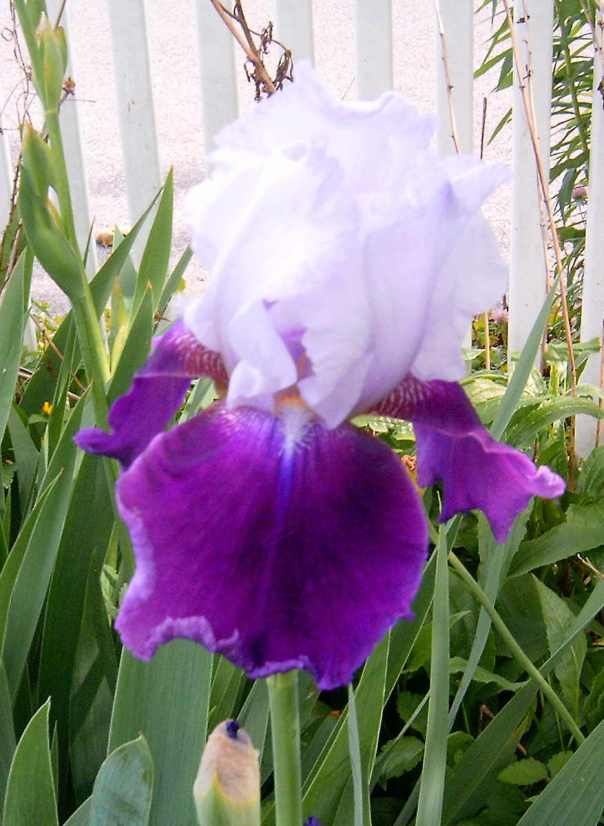 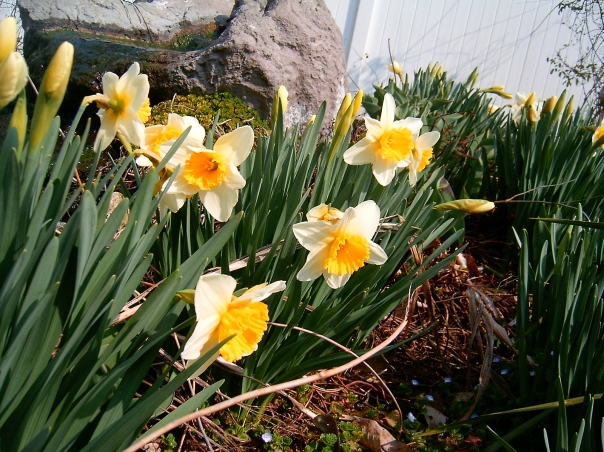 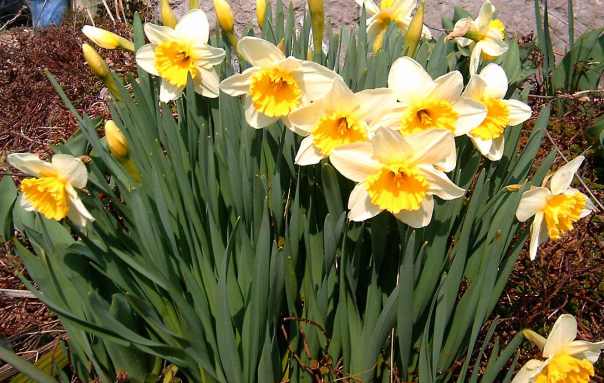 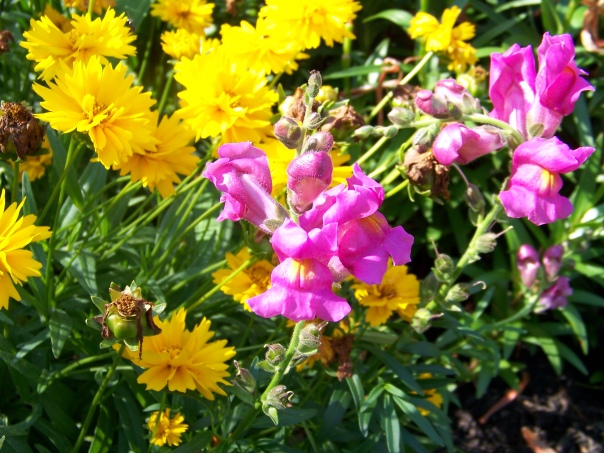 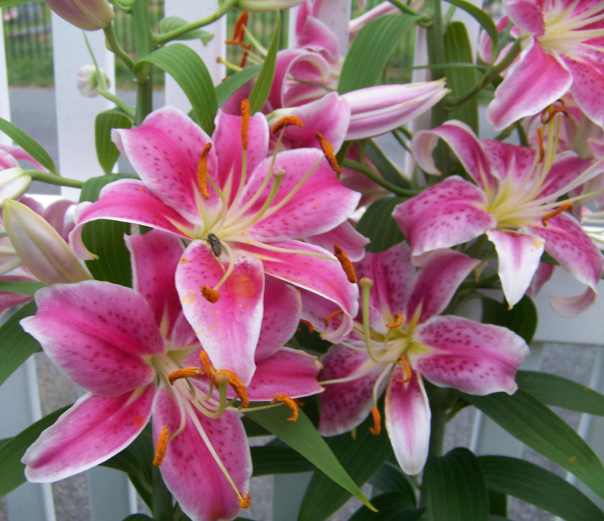 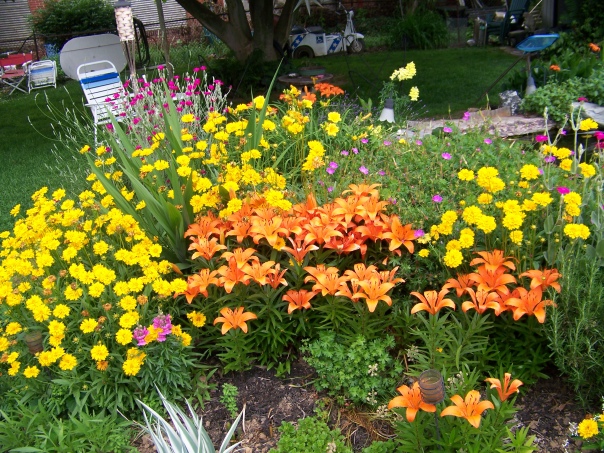 Posted in my garden

How to confuse a Curmudgeon and two dogs

The easiest way is to threaten to rearrange the furniture.  I keep telling him that some morning when he comes downstairs his chair will be on the other side of the room and the couch will be where his chair is now.

He doesn’t believe me.  It will be fun to get it done.  All I need is time, muscle, and some real boredom.

I haven’t been happy with the furniture placement since we got the new furniture.

The dogs will not adjust at first.  You should have seen their reactions when we moved their crates once.  I do think they’ll adjust faster than The Curmudgeon.

I am one of those people.  I put things away in a safe place where I’d be sure to find them, and can never find them again.

It’s as if there’s a black hole for things like that.  I put a paper away a week or so ago, thinking I will remember where I put this.  Nope.  It didn’t happen.  Again.   I have torn the house apart many times over for many days and still haven’t found that one piece of paper and it is driving me crazy.

Does anyone else do this?